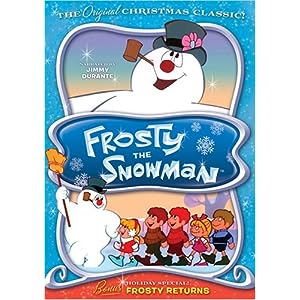 Frosty the Snowman has become a classic Christmas song, and the image of Frosty is arguably as familiar to children as Santa and Rudolph the Red-Nosed Reindeer. The song was originally recorded by none other than Gene Autry back in 1950, and many other artists have recorded it over the years, including The Jackson 5, The Ronettes, Bing Crosby, Nat King Cole, Ella Fitzgerald, Larry Groce, Ray Conniff, the Cocteau Twins, Alvin and the Chipmunks, The Beach Boys, Leon Redbone with Dr. John, Red Foley (and his daughters), Fiona Apple, Connie Talbot (2008 and 2009) and countless other musical acts (including a 2005 recording of the song by actor Burt Reynolds). Jimmy Durante has recorded two versions, one with the earlier alternative lyric, and another for a television special of the same name.

For those of you who need a refresher on the lyrics, here they are:

He led them down the streets of town
right to the traffic cop
And he only paused a moment when
he heard him holler “Stop!”